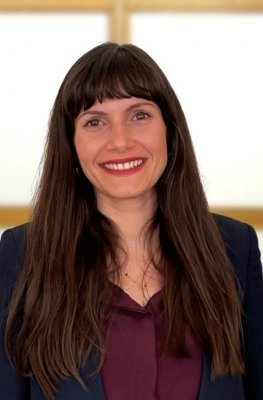 Giorgia Lo Tauro holds a PhD in EU Law from the University of Catania (Italy), with a thesis on EU Digital Sovereignty and the impact of data protection on the European integration process.

After obtaining a degree in Law from the same University, Giorgia attended an Advanced Course in European Union Law at the University of Naples ‘Federico II’ and spent six months as a trainee at the Department of the European Policies of the Italian Presidency of the Council of Ministers (Rome). She completed a traineeship at the Judicial Offices of the Criminal Court of Catania. During her PhD, she spent a semester at the Paris Nanterre University (France) and shorter research periods in Bosnia and Herzegovina and Luxembourg, where she was also stagiaire at the Court of Justice of the European Union, within the cabinet of a judge of the General Court.

Giorgia is a qualified lawyer in Italy. She is currently senior staff member of the Legal Clinic Programme ‘Coesione e Diritto’ at the Department of Law of the University of Catania.

A native Italian speaker, Giorgia is fluent in English and French.