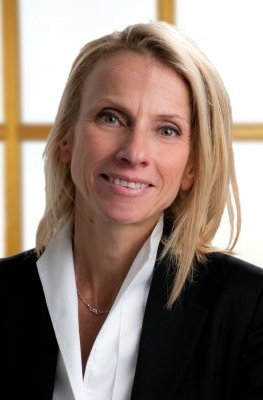 Alessandra Fratini is a partner at the firm, where she deals with EU and Competition Law. Alessandra oversees a broad regulatory practice specialized in competition and State aid law, EU internal market law and consumer policy, including public services and procurement, ecommerce and logistics, life sciences and chemicals, product regulation and liability, entertainment law and IPRs and EU Fundamental freedoms and rights.

Alessandra received her law degree from the Law School of the University of Rome, La Sapienza, obtained an Erasmus Diploma at University College Dublin (Ireland) and holds a Master’s degree in international company law.

She is admitted in Italy and is member of the Rome and Brussels Bar (”E” list).

After having worked in-house with Italian broadcaster RAI, Alessandra moved into private practice in Brussels. She is experienced in all aspects of EU competition law, including competition regulation of public services and State aid rules, and has particular experience in the postal and logistics, life sciences, entertainment, gambling and data protection sectors. Alessandra has conducted cases before the European Commission and the EU Courts. She is currently advising on a number of regulatory issues in the area of e-commerce, GDPR, copyright and related rights, consumer protection and transport law. She has been the Registrar of the Board of Appeal of ACER, the Agency for the Cooperation of Energy Regulators (2013-2015).

Alessandra is a frequent speaker at international conferences on the application of competition and procurement law. She is a regular contributor to gambling and transport publications and has published articles on EU competition law and network industries regulation. She is member of the Brussels’ Editorial Board of the Italian legal review “Contratto Impresa/Europa”.

A native Italian speaker, Alessandra is fluent in English and French, and speaks some Arabic and Norwegian.

“Design and Enforcement of Compensation Funds After Confetra: A Legal and Economic Analysis”, in New Business and Regulatory Strategies in the Postal Sector, February 2019, edited by P. L. Parcu, T. Brennan and V. Glass (Springer), Alessandra Fratini and Marc Chovino.

“DHL Express (Austria): Towards Legal Certainty on Article 9 and Applicable Obligations for Postal Service Providers”, in The Contribution of the Postal and Delivery Sector, March 2018, edited by P. L. Parcu, T. Brennan and V. Glass (Springer).

“Minimum wages in the award of public contracts after RegioPost”, in The Changing Postal and Delivery Sector, February 2017, Edited by M.A.Crew, P.L.Parcu, T.J.Brennan (Springer)

“The “Eco-leather” Claim: The Urgent Need for a Mandatory Labelling System for Leather Products at EU Level”, co-authored with M. Bottino, Issue 2/2016 of the European Journal of Risk Regulation (EJRR).

“Compensation Fund Under EU Law: A Suitable Solution for the Postal Market?”, in The Future of the Postal Sector in a Digital World, January 2015, Edited by M.A. Crew and T.J. Brennan.

“The proposed directive on the award of concession contracts: implications for USO entrustment and compensation”, in Reforming The Role of the Postal and Delivery Sector in a Digital Age, January 2014, Edited by M.A. Crew and T.J. Brennan.

“The proposed reform of the EU rules on public procurement: a postal sector perspective”, in Reforming the Postal Sector in the Face of Electronic Competition, February 2013, Edited by M.A. Crew and P.R. Kleindorfer.

“The liberalisation of Italian postal services and the case of Special Services”, in “The Liberalization of Postal Services in the European Union”, Edited by D. Gerardin, 2012, Kluwer.

“Failure to implement the Postal Directive in the EU and in the EEA: public and private enforcement of State liability”, in Multi-modal Competition and the Future of Mail, February 2012, Edited by M.A. Crew and P.R. Kleindorfer.

“The Universal Postal Service after the Lisbon Treaty: a True Step Forward?” on Vol. 10: Iss. 3, Article 8 of the Review of Network Economics, 2011.

“Access to infrastructure and service elements in the postal sector”, in Heightening Competition in the Postal and Delivery Sector, February 2010, Edited by M.A. Crew and P.R. Kleindorfer.

“The EU postal services and public procurement law: legal and regulatory issues for the postal sector”, in Progress in the Competitive Agenda in the Postal and Delivery Sector, March 2009, Edited by M.A. Crew and P.R. Kleindorfer.

“Licensing regimes in the postal sector: impact of the recent EC proposal for a third Postal Directive”, in Competition and Regulation in the Postal and Delivery Sector, 2007, Edited by M.A. Crew and P.R. Kleindorfer.

"USO Public Financing at the Crossroad Between the "Monti Package" and the Forthcoming Reform of the Postal Directive", in Liberalization of the Postal and Delivery Sector, 2006, Edited by M.A. Crew and P.R. Kleindorfer.

“The New EC Framework for State Aid to Public Service and the Postal Sector: Where Do We Stand Now?”, in Progress toward Liberalization of the Postal and Delivery Sector, 2005, Springer Science + Business Media, Inc.

"Chronopost v. Ufex: the paradox of the competing monopolist”, in Northwestern Journal of International Law and Business, Spring 2004.