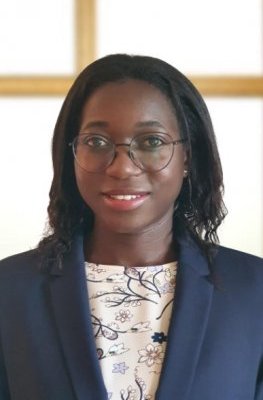 Stella recently graduated from the World Trade Institute (WTI) in Bern, Switzerland, where she pursued a Master of Advanced Studies in International Law and Economics, deepening her knowledge in the legal, economic and political aspects of trade policy making. Her Master’s thesis investigated ‘The EU digital trade policy as a viable model for the AfCFTA e-commerce negotiations’.

Before her studies at the WTI, Stella obtained an LL.M in International and European Law from the Institute for European Studies at the Vrije Universiteit Brussels (VUB) in Brussels, Belgium. As a result, she became well-grounded with respect to the EU institutional framework and public policy affairs relating to the EU Single Market and EU external trade relations. Stella wrote her LLM thesis on ‘Revisiting the role of domestic courts in contemporary international investment agreements, case study of the CETA’. Stella also obtained an LL.M in Regional Integration Law from the University Dar es Salaam in Tanzania. Thereafter, she worked on intra-regional trade facilitation projects in the East African Community.

Stella is a qualified lawyer in Uganda. Before joining FratiniVergano as a Junior Lawyer in September 2021, Stella worked in Uganda as a Legal Associate in a law firm and later as in-house counsel in an insurance company.

Stella is fluent in English, Swahili, Luganda (native language) and has a basic understanding of Dutch.